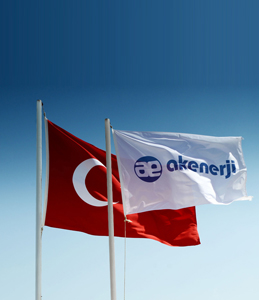 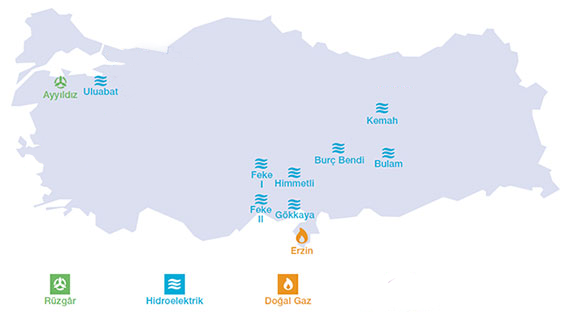 Akenerji commenced operations in 1989 as the first Power Generation Auto-producer Group in Turkey, and as of today it has become one of Turkey’s biggest private sector power generation companies in terms of the number of facilities and total generation capacity.

Moreover, Akenerji continues its investments in this area with the Kemah HES project, planned to be established in Erzincan, whose license is held by İçkale Enerji Elektrik Uretim ve Tic. A.Ş., acquired by Akenerji in May 2010.

Feasibility works for the said project have been completed, and the current installed capacity (160MW) of Kemah HES Project is revised as 198 MW.

One of the most significant projects of the strategic partnership between Akenerji and CEZ Group is the EGEMER natural gas power plant, with an approximate capacity of 904 MWm, planned to be established in Erzin, Hatay. While the aim is to introduce an environment friendly, highly efficient and modern power plant to the region, construction works were initiated in 2011, and the project became operational in 2014.

“Akenerji entered an intensive investment and restructuring process in the previous period. In spite of the ebbs and flows as well as the economic crises encountered both in the global and domestic markets, Akenerji maintained and achieved its investments as planned.

In addition to power generation resources, Akenerji offers resources from other producers with wholesale power purchase agreements. With this perspective, Akenerji is one of the foremost companies in the sector, not only for its producer role, but also for its operations in the field of energy trade.”